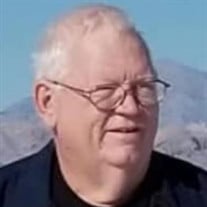 James (Jim) Osburn, 66, of Chanute, KS passed away on Saturday, January 25, 2020 at Heritage Healthcare in Chanute, KS. He was born on November 4, 1953 to James Russell Osburn and Wilda Osburn. He spent most of his life in Peru and Chanute Kansas. Jim served in the United States Army in the mid-to-late 1970’s. On April 2, 1977 Jim was married to Shirley Dillow and they were together for 19 years.

Jim worked as a mechanic for most of his life. He enjoyed playing music and was in several bands that played around Chanute. He also loved to read and learn, from subjects that varied from Astronomy to Religion. Jim loved his family and his friends and will be greatly missed. He was a member of the ELKS, American Legion and the Masonic Lodge.

Jim is survived by his mother Wilda Osburn; his two children, James D Osburn and Sandra Osburn-Staker; his sister, Sharon Traylor, and his two brothers Mike Osburn and Terry Osburn.

He was preceded in death by his father James Russell Osburn.

Cremation has been requested. A visitation will be held on Tuesday, February 4, 2020 from 5-7 p.m. at the Countryside Funeral Home Johnson Chapel at 101 N. Highland in Chanute, KS. Online condolences may be left at: www.countrysidefh.com. The family suggests memorials to be made to American Legion Veterans Wall and may be left with or mailed to them. Arrangements have been entrusted to Countryside Funeral Home, 101 N. Highland, Chanute, KS 66720.

To send flowers or a memorial gift to the family of James L. Osburn please visit our Sympathy Store.

CCT-TV Video – The Way I See It

CCT-TV Video’s – The Cedarvale All Stars